Passionate about horses, I began in a very classic way the journey that led me to equine permaculture.

It was thanks to my riding teacher, François Lucas, that I got off the beaten track: he allowed me to discover the joys of dressage at an advanced level, in the forest of Saint Germain en Laye, with serene horses. The process was underway: to reconnect even more with nature, I became an equestrian tourism guide in the Rambouillet forest, and I began to observe the landscapes, flora and fauna in more depth. 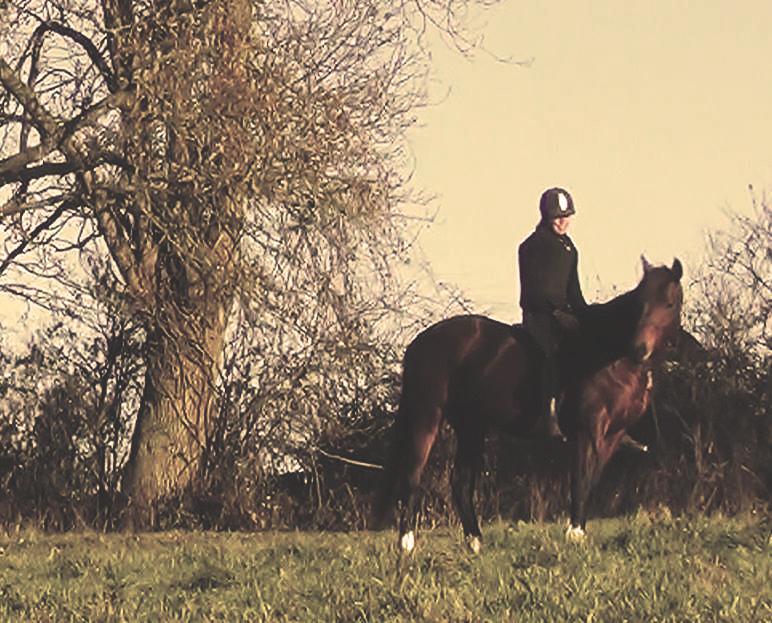 It was the book “Shy Boy” by Monty Roberts that brought me to Haras de la Cense. Andy Booth has been my guide in the so-called “ethological” approach to horseback riding. Taking as a model the observation of the natural behavior of the horse made me realizing the gap between the needs and priorities of horses and what was offered to them in traditional equestrian establishments and I began to ask myself the first ethical questions about what we impose on them.

Meeting my stallion Okkaido was the trigger that upset my priorities. In 2006,I left the Paris region to offer him a life in the meadow, surrounded by other horses, in Normandy. But insharing the daily life of the herd, I was forced to realize that this environment, however reputed to be the best for breeding horses in France, was not sufficient for their health, both physical and psychological ..., worse, the the presence of horses deteriorated the pastures.

I had to question what had been taught to me: it was on a 5 hectare plot that the first tracks were built at the end of 2007. The concept of Paddock Paradise is an innovative equine accommodation method developed by Jaime Jackson, who for decades observed Mustangs in Great Basin National Park (Nevada): This comprehensive approach to the needs of horses is built on principles and criteria inspired by lessons from nature.

The next step came very logically: I had to find a place for horses in their environment, to reduce their negative impacts and enhance their positive effects. This is how I discovered agroecology and started training in permaculture: the pilot site of the "Val de Vie ecodomain" was born. Followed after 10 years of maturation, by the group of equine permaculture on Facebook.

Since then, I have continued to enrich and deepen my knowledge through several approaches to permaculture, in France (at l'Escargotier in the Vernier marsh, for example), but also abroad, with the preparation of a Master in permaculture. My goal is to integrate everything I have learned about horses and ecosystem management in order to finalize the development of a whole new holistic concept of sustainable equine habitat, respectful of the planet, humans and horses. with the desire to share equitably and pass on: this is the equine permaculture of Val de Vie.

The Val de Vie ecodomain is managed by a non-profit association.